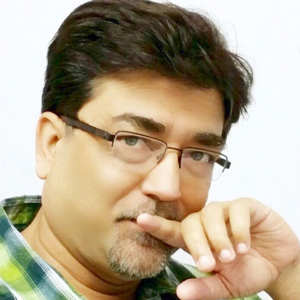 How often have you sat through a meeting and said to yourself, “what a waste of time, I could be doing something better!” If your answer is yes, you are not alone. People devote a lot of time to making meetings work. I tried to gather some information and tactics which can help you to get more out of meetings, in less time, and, often, with less stress.

"Involving people in decision-making can lower their anxiety; lower absenteeism; and raise the quality of their work"

Sometimes, meetings can seem futile because they go off on tangents, or come down over a single point. A simple list of things to do and approximate discussion times allocated helps to keep everyone focused. One member may keep track of what decisions have been made on each item. This clarifies the outcomes of the meeting and makes action more likely.

Electing someone to lead the discussions helps the focus. The leader can defuse conflicts, keep the discussion moving, and encourage those who don’t often speak up to participate more.

“Problems” are often merely symptoms, sometimes of things which are easier to fix. Getting more information on the problem and try to think of anything else that could be causing it, is a better approach rather than going directly for a solution. Basically what I am talking here is to do a root cause analysis.

Several techniques can help to generate ideas. Brainstorming is ofcourse the most popular one. Another one could be to have a period where everyone makes suggestions, which are written down in clear view; nobody can criticize an idea, no matter how foolish it may seem. People can then explain their idea for a minute or two; after that, each idea is evaluated by the group, one by one.

There should still be a clear leader, but the leader’s function can change to encouraging people to express and discuss ideas (and maybe keeping the meeting on track and in focus). When some people do not contribute, they can be asked for their opinions.

For a healthy meeting some conflict is good, provided arguments don’t get personal and people aren’t driven by positions and seniority. Personal criticism may reflect tensions over another problem; and too little criticism may reflect fear or a sense that nothing real will come from the meeting. The best meetings have some criticism, but it’s aimed at ideas, not people, and is grounded in problems with the ideas.

Success normally depends on the cooperation of the people at the meeting, it is often best to let them decide, as a group, what ideas they will use. People who have a hand in deciding policies or procedures, have more at stake in seeing them work. Involving people in decision-making can lower their anxiety; lower absenteeism; and raise the quality of their work. But the involvement must be real: unless the people can help to define the problem and potential solutions, and choose which path of action to take, they may end up distrusting the leader.

Write down any decisions that were made during the course of the meeting. This will ensure that you have a record of the things that were accomplished. It’s also a good way to make sure that you’ve covered everything on your agenda. Most important is to have someone write up action steps during each meeting. Action steps include a summary of what each person has agreed to do. This firms up commitments and serves as a written reminder with specific deadlines. Also as a follow through decide the time and purpose of the next meeting. At the next meeting, the first order of business should be the status of the action steps from the previous meeting.

The need to improve our meetings is evident. Meetings have gotten a bad rap, because many meetings are unproductive and dull. But they have both a place and a high potential in small and large businesses. Good meetings can increase your effectiveness, customer service, and bottom line.

Unlocking the Value of Connected Cars

Comprehensible Distribution of Training and Information...

The Current Focus is On Comprehensive Solutions

Big Data Analytics and Its Impact on the Supply Chain

Carmax, the Automobile Business with IT at the Core

The CIO's role in rethinking the scope of EPM for...

Transformative Impact On The IT Landscape

Get Ready for an IT Renaissance: Brought to You by Big...

Technology to Leverage and Enable

Speed is the Name of the Game

3 Ways to Integrate AI into your Business Today

Advancing Customer Experience in an Ever- Evolving Hospitality Sector

Laying the Foundation of a Satisfying Commuter Experience

However, if you would like to share the information in this article, you may use the link below: